If you go northwest from the beautiful mountain town of Krupanj in Serbia, towards Loznica and the border with Bosnia and Herzegovina, about six miles from the city, just next to the road, you will be welcomed by a sight straight from a science fiction movie: smooth, stone arches forming a structure unlike anything you’ve seen before, except perhaps in a science fiction franchise Stargate.

If you decide to park in front of this gate and then go through it, a second, similar “gate” of metal and stone will be waiting for you after 100 meters. Some 30 meters from it, emerging from the trees, stands a lonely and almost ruined white one-storey house, built one century ago.

Now that we have your attention, we need to disappoint all fans of science fiction: Although it looks a lot like it, it is not a “stargate”. It is a beautiful monument, in memory of one of the most important events in the Second World War in Serbia, Yugoslavia and this part of Europe: Stolice counseling.
Here, in the forest of Western Serbia, in this small white house, the leader of the resistance movement in Yugoslavia, Josip Broz Tito, together with his closest associates, made decisions that changed the course of history in Serbia, Yugoslavia, Europe and the world, on September 26, 1941 .
The then Secretary General of the Communist Party of Yugoslavia and the commander of the General Staff of the National Liberation Movement of Yugoslavia (NOPOJ), Josip Broz Tito, decided to hold the consultations in the Brstica village near Krupanj in Serbia, and he selected September 26th and a white house of the nearby Zajača mine.
Apart from Tito, the representatives of military and communist organizations from Serbia, Croatia, Slovenia and Bosnia and Herzegovina and commanders of partisan detachments from Serbia attended the meeting. The decisions that have been made can be called historical – the main headquarters of the movement were formed in all the republics and provinces, the Main Resistance Headquarters was named Supreme Headquarters, and the unique name for resistance fighters – Partizans, was adopted! 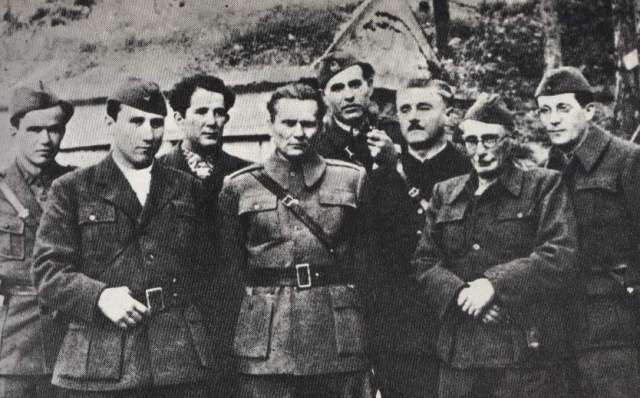 Here it was determined that every partisan from that moment on must bear a sign that later became famous throughout the world – a red star .
Had there been no consultations in Stolice, the war in this region would have taken a significantly different course, and Hitler would have more easily broken the resistance of Yugoslavia. Also, the divisions that were engaged in these areas could have been transferred to the Eastern Front, and the real question is how much the resistance of the Soviets would be strong under additional pressure from the Germans.
Tito, as a skilled military strategist, because he had big problems with organizing the uprising in various parts of Yugoslavia, decided that an urgent meeting was needed for the organization of the rebels and the coordination of actions against the Nazis.
Since the territory of Loznica and Krupanj was one of the earliest liberated territories in Europe, Tito decided to hold the counseling in this secure oasis, halfway between two cities.
Josip Broz Tito, the commander of the rebels, met here with his closest associates Ivan Milutinovic, Aleksandar Rankovic and Ivo Lola Ribar, regional leaders Sreten Zujovic, Rodoljub Colakovic and Filip Kljajic from Serbia, Rade Koncar and Vlado Popović from Croatia, Franc Leskošek and Miha Marinko from Slovenia, Svetozar Vukmanović and Slobodan Princip from Bosnia and Herzegovina, and military commanders Koča Popović,Nebojša Jerković, Miloš Minić, Zdravko Jovanović and Dragojlo Dudić. Tito was in charge of counseling.

The Zajača mines building, in which the advisory council was held, was turned into a museum after the Second World War, with a setting that pointed to the significance of this event.
In addition to the house, in 1954 a sculpture “Partisan Courier” by sculptor Stevan Bodnarov was installed. In the same year, the sculpture “Marshal Tito” by sculptor Antun Augustinčić was placed in front of the house, while the entrance gates, similar to “Stargates”, were constructed by architect Milun Stambolić.
Unfortunately, during the wars in the Balkans in the 1990s, the museum’s setting was destroyed, and two sculptures were thrown into a nearby pit.
However, the Ministry of Trade, Tourism and Telecommunications of Serbia allocated 12 million dinars to the Municipality of Krupanj, for the rehabilitation and upgrading of the Stolice memorial.
(Come to Serbia)