CNN writes about Serbia, the tourist destination that “tends to escape the attention of many travelers”, a country with “the legendary nightlife of the capital, Belgrade” and “the party at the Exit Festival in Novi Sad”. This is what they wrote about Serbia:
“There is “raucous madness that descends every August on the small town of Guča, whose trumpet festival has gained a reputation as one of the most riotous events in Europe”…
And that, tells us CNN, is only a fraction of the story.
Here are 11 places that this network recommended for travellers:
1. Belgrade
CNN tells of “Serbia’s dynamic capital”, with energy that’s unmistakable, especially in its vibrant café culture. A stroll along the pedestrianized Knez Mihailova Street meanders past elegant 19th century neoclassical buildings as well as shops, bars and restaurants.
Dorćol is one of the city’s most attractive neighborhoods and has dozens of bars and restaurants, many on Strahinjića Bana. 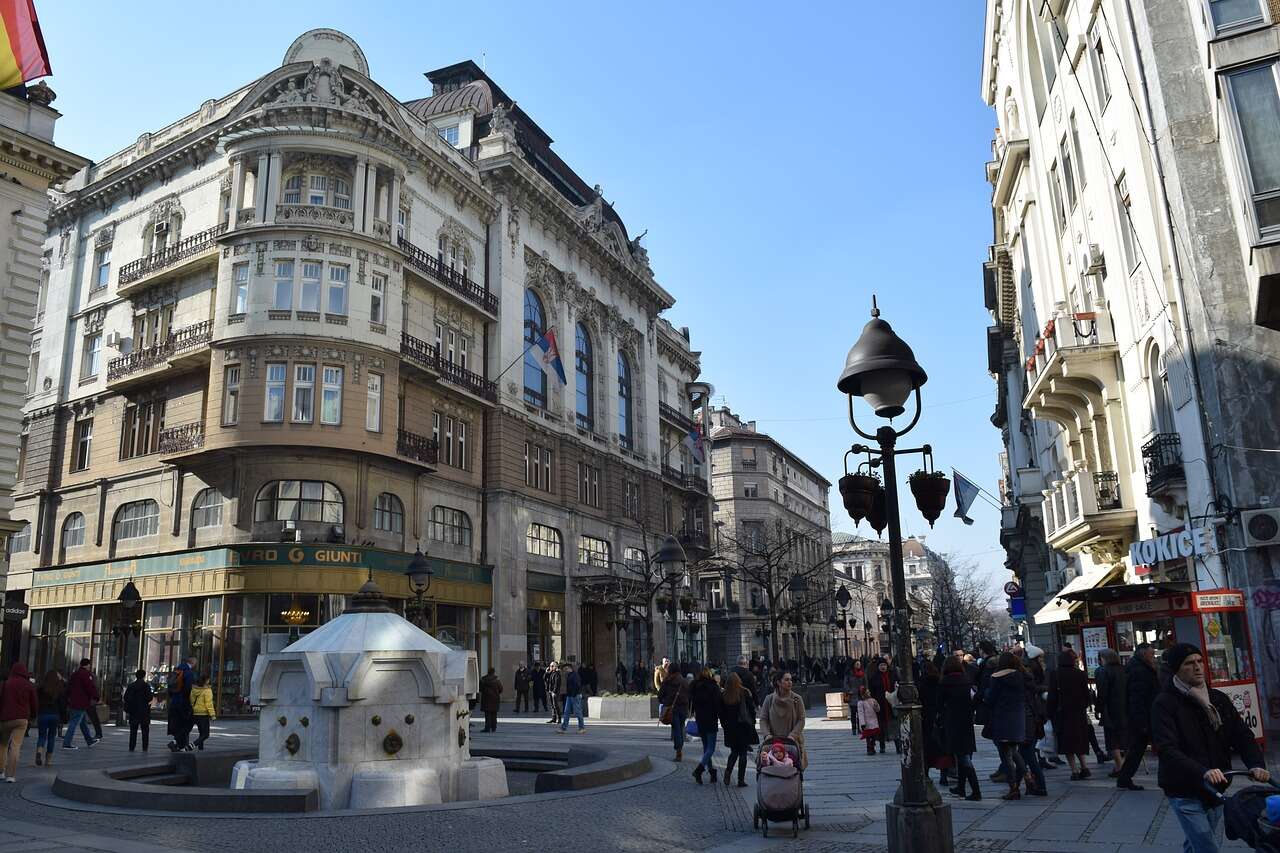 Visitors can check out the lively nightlife along the Sava and Danube rivers, where floating clubs and bars hug the riverbanks. The buzzing nightclubs of Savamala are passed along the way.
2. Zemun
Zemun, a Belgrade suburb, was part of the Austro-Hungarian Empire up to 1918, which becomes obvious as you walk along the Danube and see the sort of baroque architecture typical of Budapest — only the Cyrillic street signs give the game away. 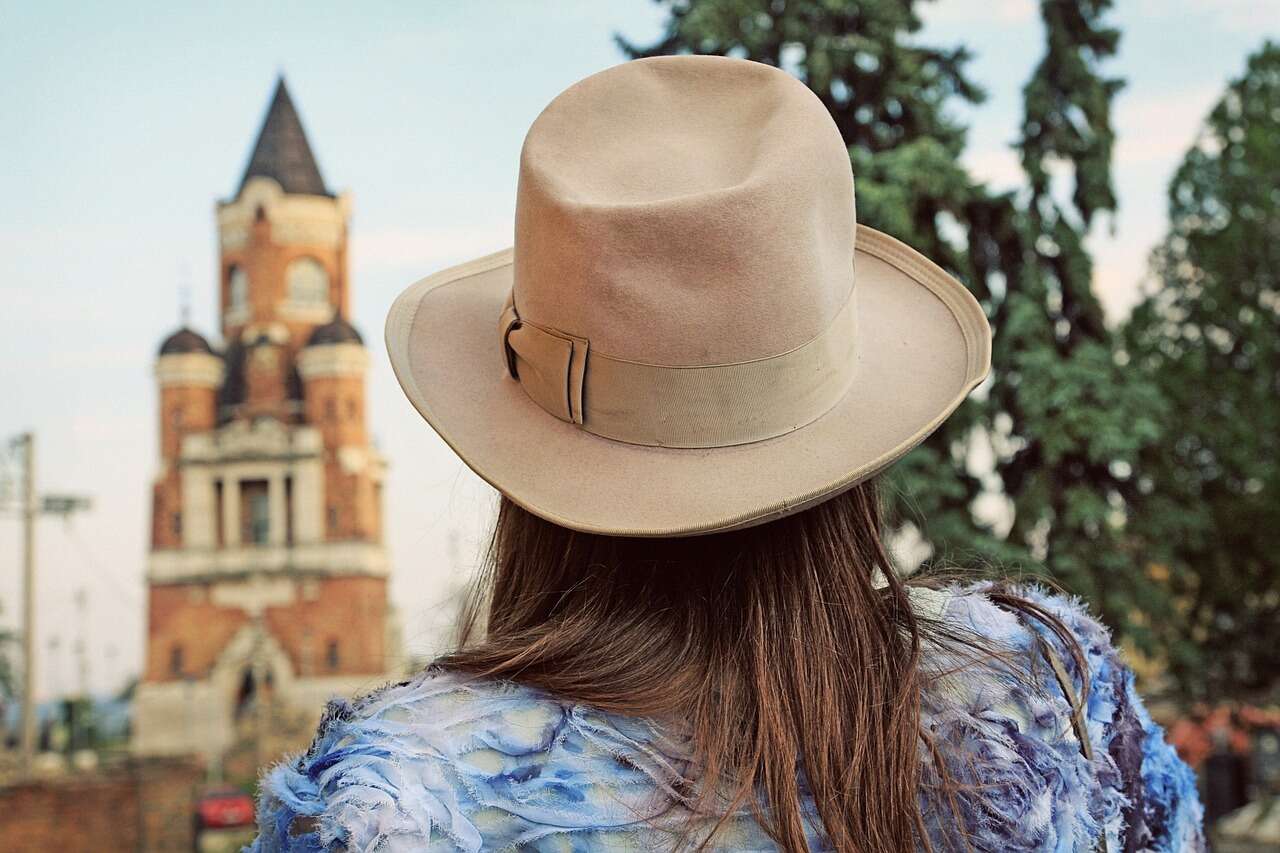 After checking out the morning food market in Masarikov Trg, it’s worth a walk to the top of the town to Gardoš Tower, which was built by the Hungarians in 1896. By climbling this tower, you are free to enjoy a sweeping views of Zemun, Belgrade and the Danube.
3. Novi Sad
Dubbed the “Serbian Athens” due to its long history as a center of culture and study, Novi Sad reveals its Habsburg heritage through its fine neoclassical buildings and café-filled squares.
Trg Slobode (or Freedom Square) is one of the main hubs, where the impressive neo-Renaissance City Hall vies for attention with the striking Roman Catholic cathedral and cafés of the pleasant pedestrian area. 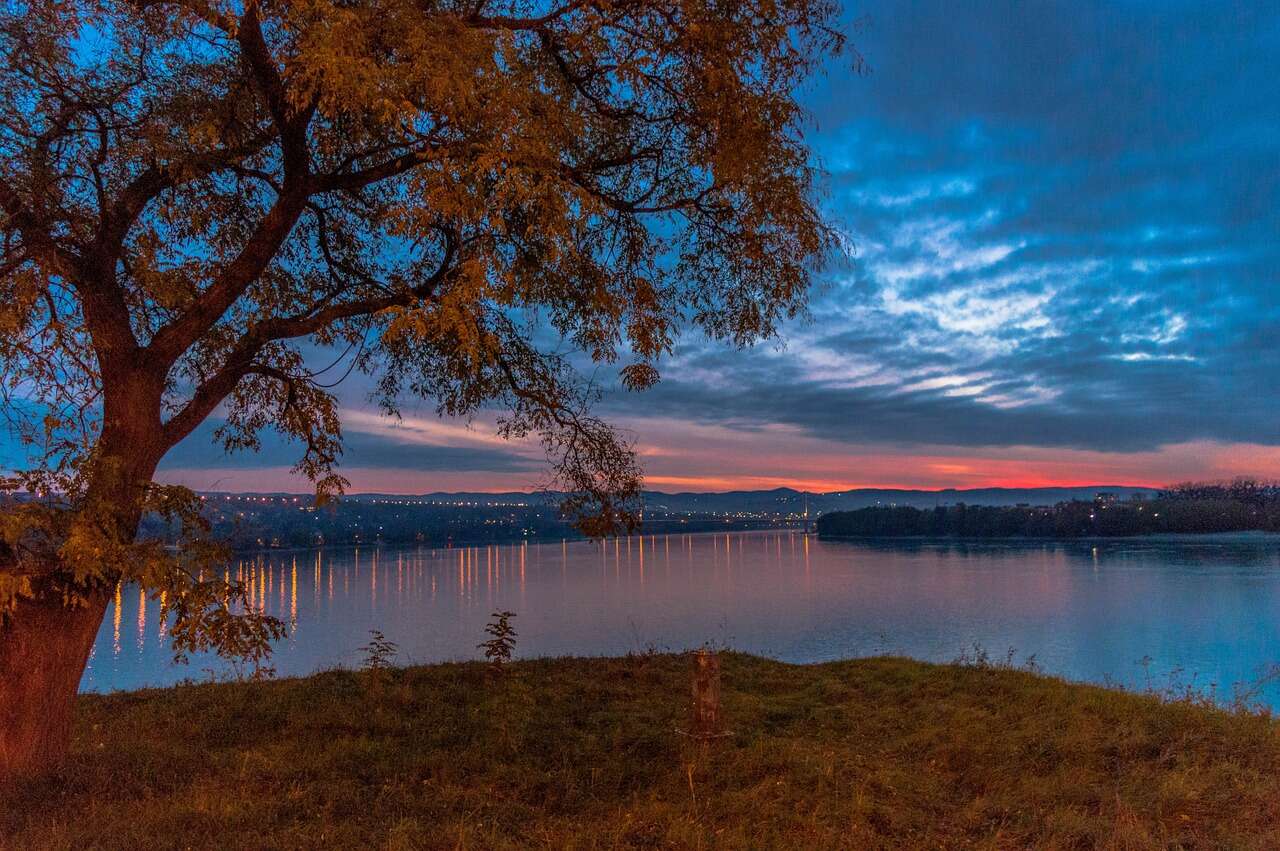 Follow pedestrianized Dunavska past its pastel-colored baroque townhouses towards the cool greenery of Dunavski Park. On warm days, nothing beats grabbing a sun lounger on the Danube beach by Most Slobode (Freedom Bridge).
4. Subotica
The Hungarian flavor in this town can be savored in everything from the bilingual Serbian/Hungarian signs to the paprika-laden cuisine in the restaurants and this isn’t surprising considering the size of the Hungarian population here.
But it’s Subotica’s architecture that really serves up a surprise. The sublime art nouveau buildings — known as secessionist style in Serbia — are the stuff of fairy tales, with colorful turrets, gables, roof tiles and brick work. 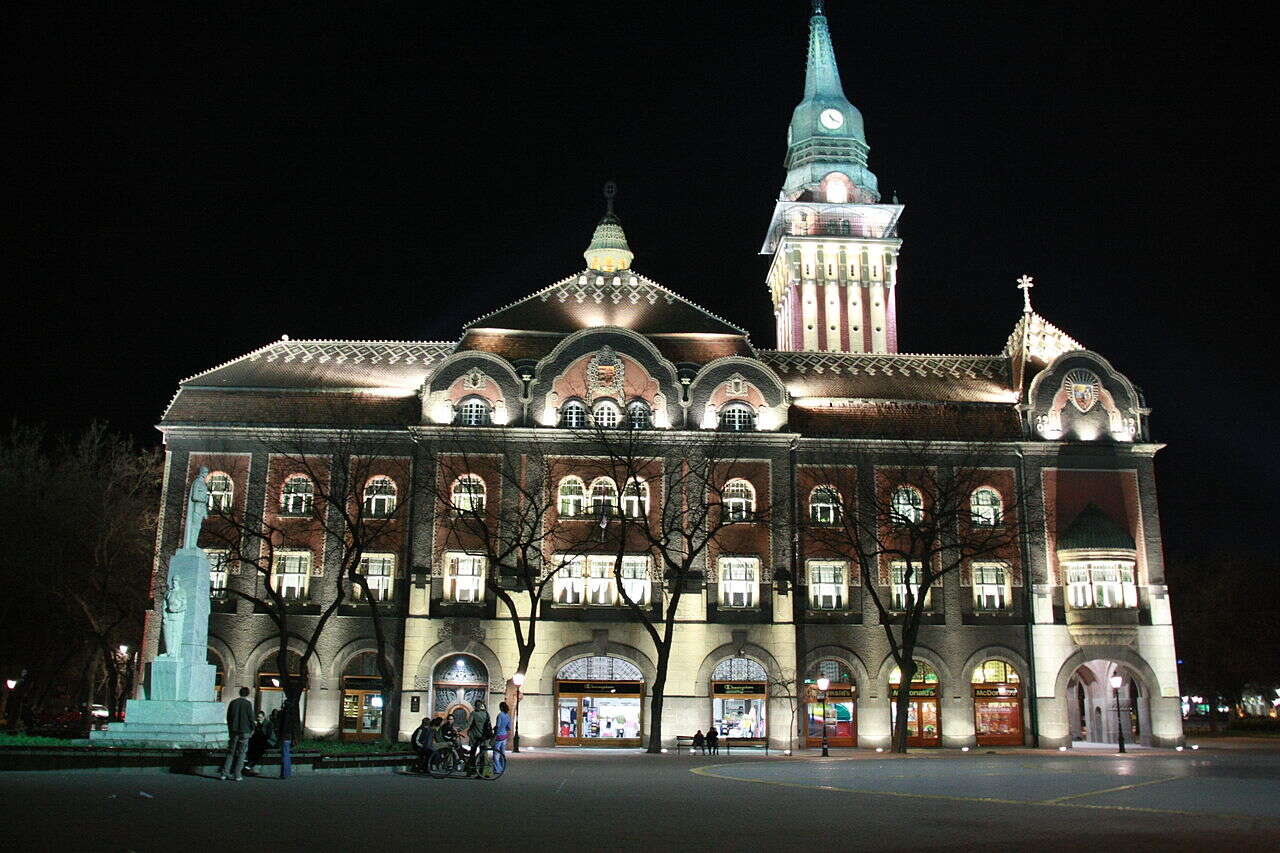 One of the most vivid examples is the City Hall, and it’s worth stepping inside its opulent interior. Visitors can even take a tour to the top the clock tower, which has wide reaching views of the city and countryside.
5. Kopaonik
Serbia’s tallest mountain, a national park since 1981., is a ski resort, and Ravni Kopaonik, its main ski center, has an altitude of 5,577 feet, with the highest station, Pančićev vrh, at 6,614 feet. There are also 11 kilometers of cross-country ski trails. 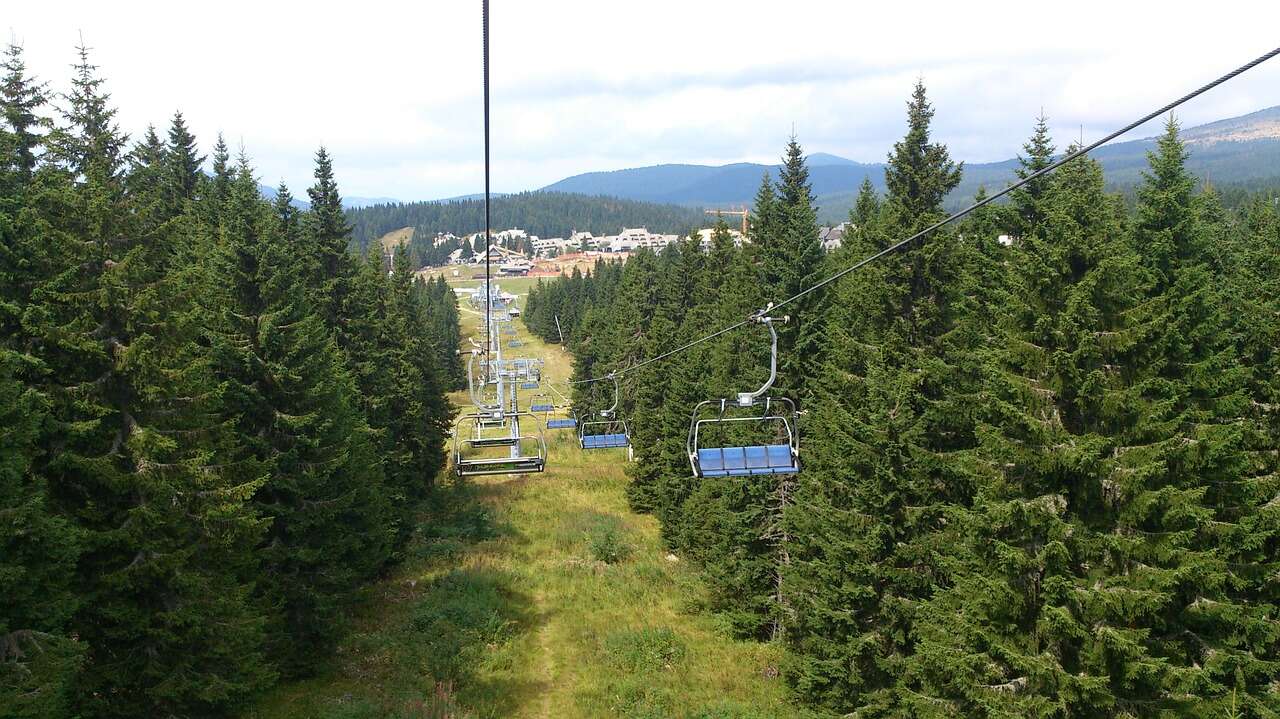 While Ravni Kopaonik has several hotels, many choose to stay at the nearby village of Brzeće, which is connected to the mountains by cable car. The chair lifts keep going after the snow melts as the national park remains busy, attracting outdoor enthusiasts keen to explore the mountains on foot or by mountain bike. Bird watching is a popular pastime here as well.
6. Zlatibor
A populart tourist spot, Zlatibor is a collection of mountains and villages located in the western section of the country, 238 kilometers (148 miles) from Belgrade. It’s famous for its glorious hiking trails as well as popular mini ski resort Tornik.
For a glimpse into Serbia’s past, there’s the open-air museum of Sirogojno (Etno Vilage Sirogojno.) Here a 19th century village — Staro Selo — has been reconstructed, revealing in great detail what rural life was like at the time. 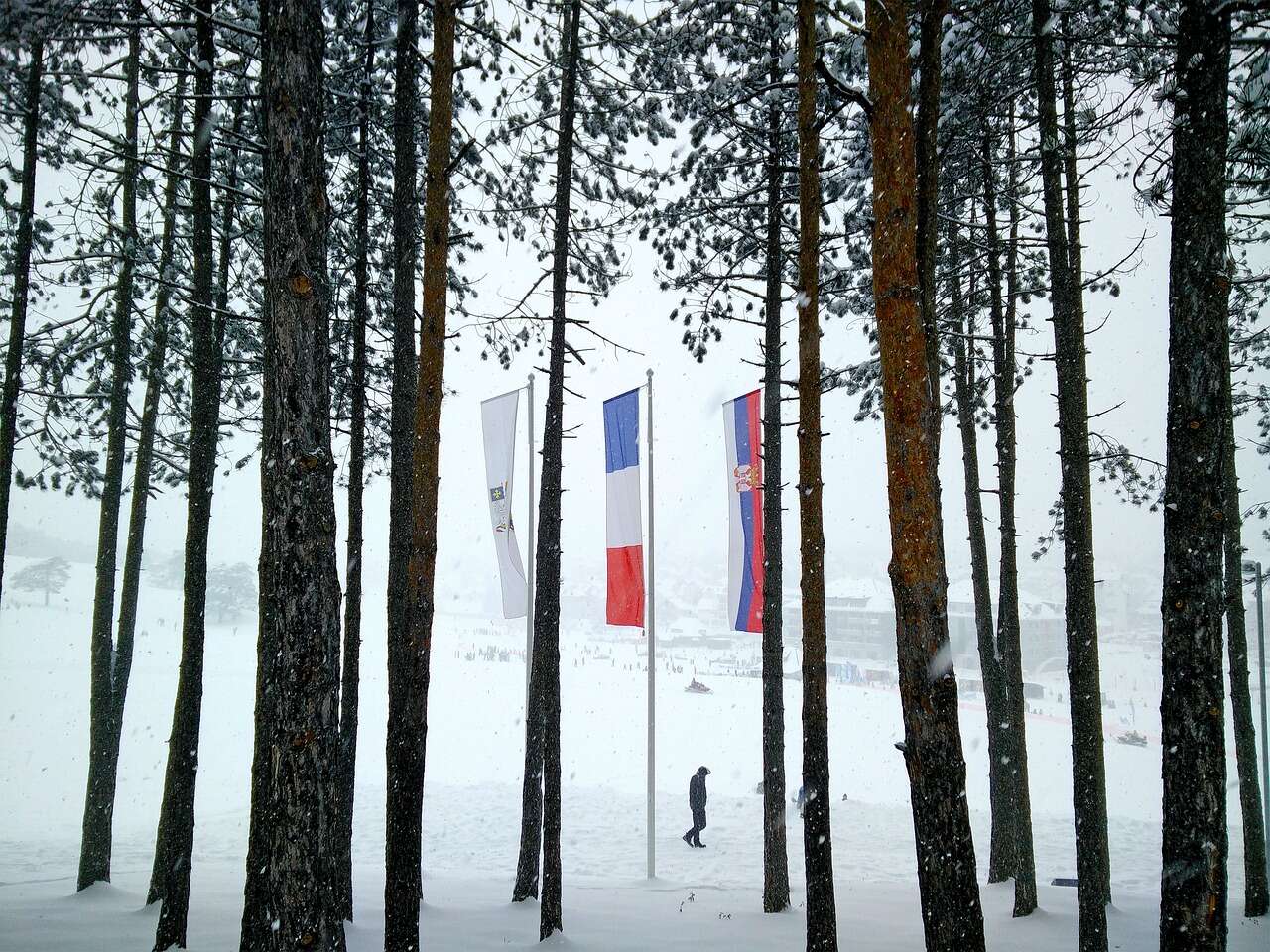 Underground at Stopića Cave can be found a subterranean marvel of waterfalls, stalactites and travertine terraces. Nearby is the majestic Gostilje waterfall, which tumbles 65 feet from a towering limestone cliff. The rocky path downstream leads to more cascades as well as plenty of scenic picnic spots.
7. Tara
Tara National Park is a home to dramatic wilderness, where the Drina River forms a natural border with Bosnia and Herzegovina.
In this unspoiled karst landscape, spruce, birch, pine and juniper forests cover hills that soar up to nearly 5,000 feet.
It’s also home to 53 species of mammals and 153 species of birds, while the bear, chamois and roe deer that inhabit the nature reserve park are protected by law. 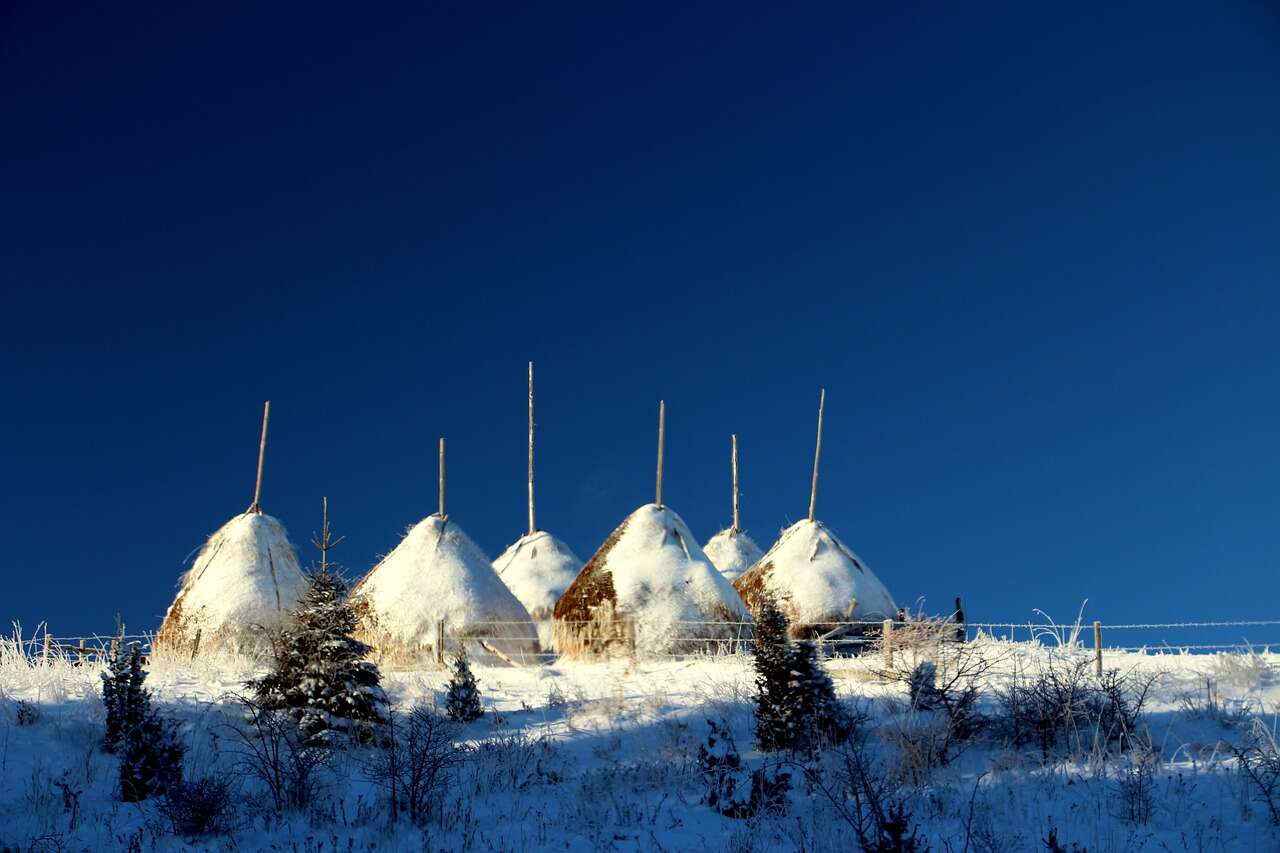 Bikes can be rented from the tourist offices at Mitrovac and Bajina Bašta to tour some of the park’s over 200 kilometers of cycling and hiking trails. It’s worth sticking to the marked paths, as the forests are home to brown bears and wild cats, among other creatures.
8. Fruška Gora
Dubbed “the Jewell of Serbia, Fruška Gora, is a welcome green distraction from the otherwise flat plains of autonomous region Vojvodina.
Within the Fruška Gora National Park is a trail of 17 monasteries built from the 15th century onwards. One of the most popular is Krušedol, which was founded in the 16th century, while Grgeteg dates from the late 15th century and features a beautiful marble iconostasis. 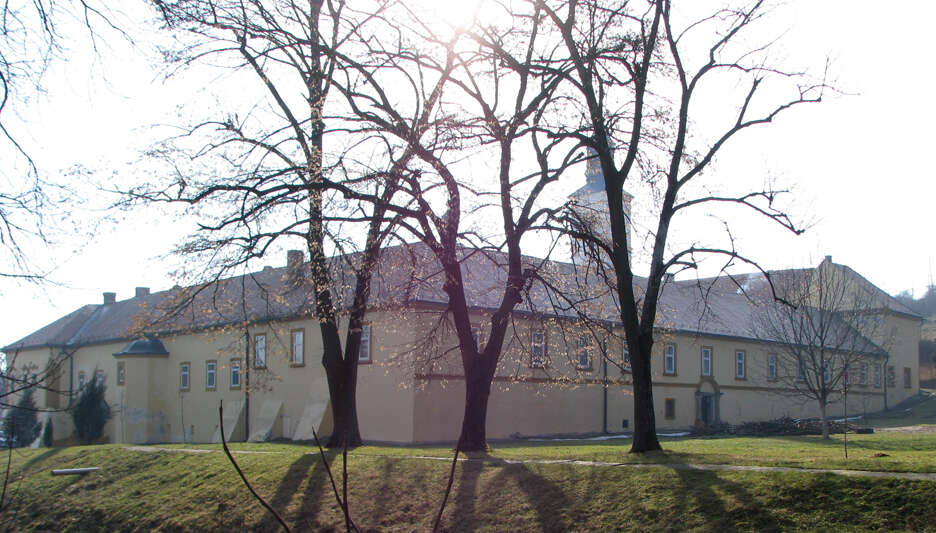 Fruška Gora’s heavily forested hills are crisscrossed with hiking and cycling trails. Look out for pine martens, deer and wild boar, along with an unusually high bird population including imperial eagles. The area is also one of Serbia’s main wine making regions, with more than 60 wineries.
9. Devil’s town
The unusual rock formations of Đavolja Varoš are the result of erosion, and they are positioned deep in southern Serbia.
The Devil’s town or Đavolja Varoš features 202 remarkable rock formations which were naturally created by erosion, with some standing as high as 66 feet tall. Most are topped with a mushroom-shaped chunk of rock.

Set on the wooded slope of Mount Radan in the municipality Kuršumlija., Đavolja Varoš can be seen from a series of wooden viewing platforms. On the way to the towers are mineral springs and a 13th-century gold mine.
10. Drvengrad
Drvengrad (Timber Town) was built by Serbian film director Emir Kusturica for his 2004 movie “Life Is a Miracle”, but now it is an eccentric ethno village of 19th century-style farm buildings with shops, restaurants, galleries and apartments to rent. Every January, the village is taken over by Kusturica’s Küstendorf Film and Music Festival, which is partly financed by the Serbian government’s Ministry of Culture. 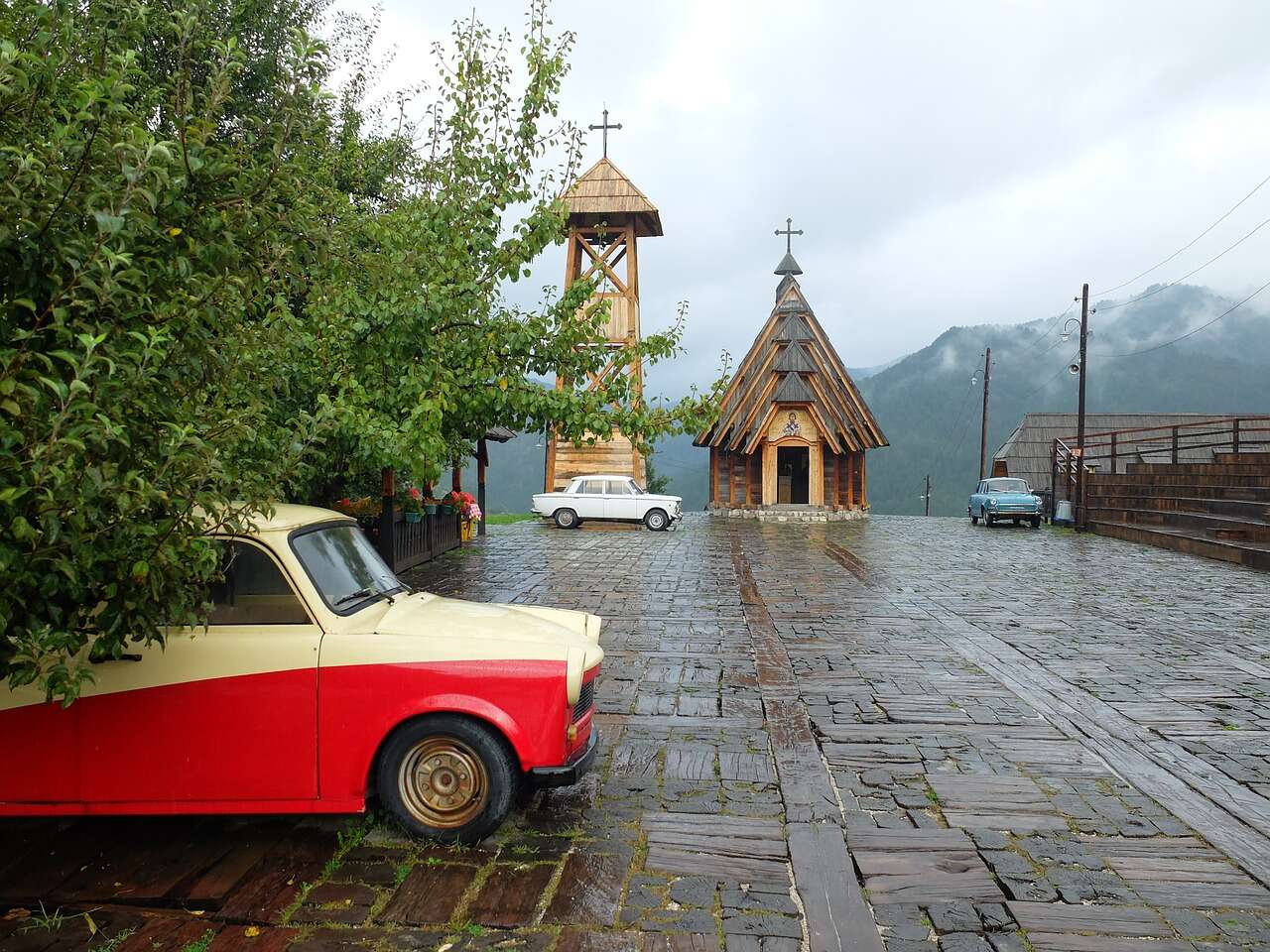 Nearly two kilometers away is an equally quirky sight — the Šargan Eight. This narrow-gauge heritage railway was built in 1925 and is an incredible feat of engineering — its figure-of-eight loop goes through 22 tunnels and across 10 bridges from Mokra Gora to Šargan-Vitasi.
This two-hour round trip is one of the most popular sights of western Serbia — and you don’t have to be a train buff to enjoy the marvelous scenery.
11. Studenica
Founded in the 12th century by Serbia’s medieval ruler Stefan Nemanja, Studenica Monasterz is considered the most magnificent monastery in Serbia. This is partly because of its sensational setting within the thickly wooded mountains above the Studenica River in central Serbia.
Within the complex — which is a designated UNESCO Heritage Site — are three churches that remain of the original nine. The Church of Our Lady, created in Byzantine and Romanesque style, is the largest and is renowned for its frescoes. It also contains Stefan Nemanja’s tomb. 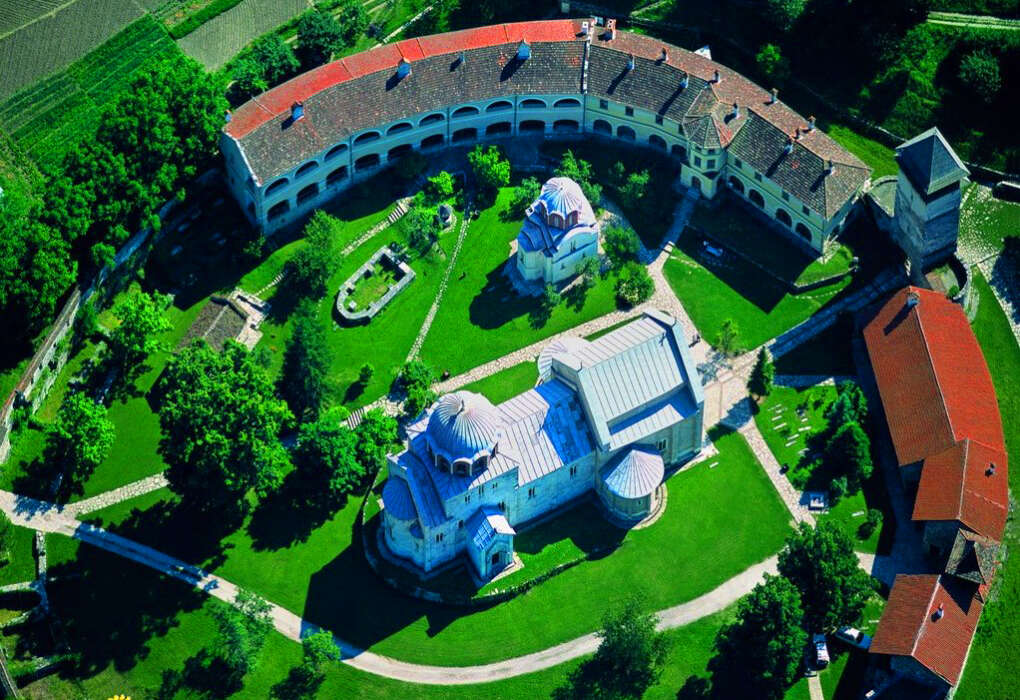 If you wish to stay for a retreat, the monastery has simple rooms in its own Studenica Guest House.
(Come to Serbia/CNN)