Around 90 kilometers southwest of Belgrade, after a pleasant ride through the natural beauties of Western Serbia, you arrive in the city of Valjevo. One of the most beautiful cities in Serbia is ready to reveal all of your beauty just for you.

The city was first mentioned in the XIV century and since then has had a turbulent history. It is surrounded by the slopes of several mountains, and the city itself is in a basin, on both banks of the Kolubara River. 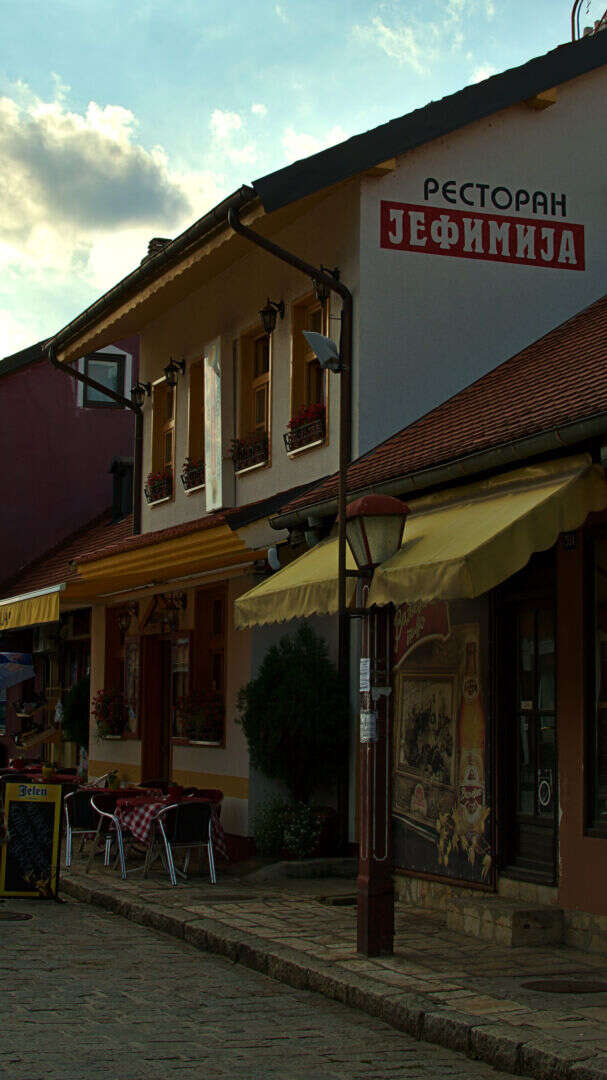 The tourist offer in Valjevo is quite diverse and this city has something for everyone. The monasteries that are near the city, some of the best museums in Serbia – “The National Museum of Valjevo”, large city parks, the tower “Nenadović”, tourist attraction and research center “Petnica”, the main shopping street “Prince Miloševa”, and also one of the most interesting sites of Valjevo and all of Serbia – Tesnjar Street.

It extends from the left side of Kolubara river, “concealed” between the river and the hill to the right, and for this reason, it is considered and got such a name (Tesnjar – a tight street).

Your stay in Tesnjar, regardless of how old you are and what your demands are, will see you going through a lot of craft shops, visiting many taverns and restaurants… Everyone will feel pleasent in this very special place. 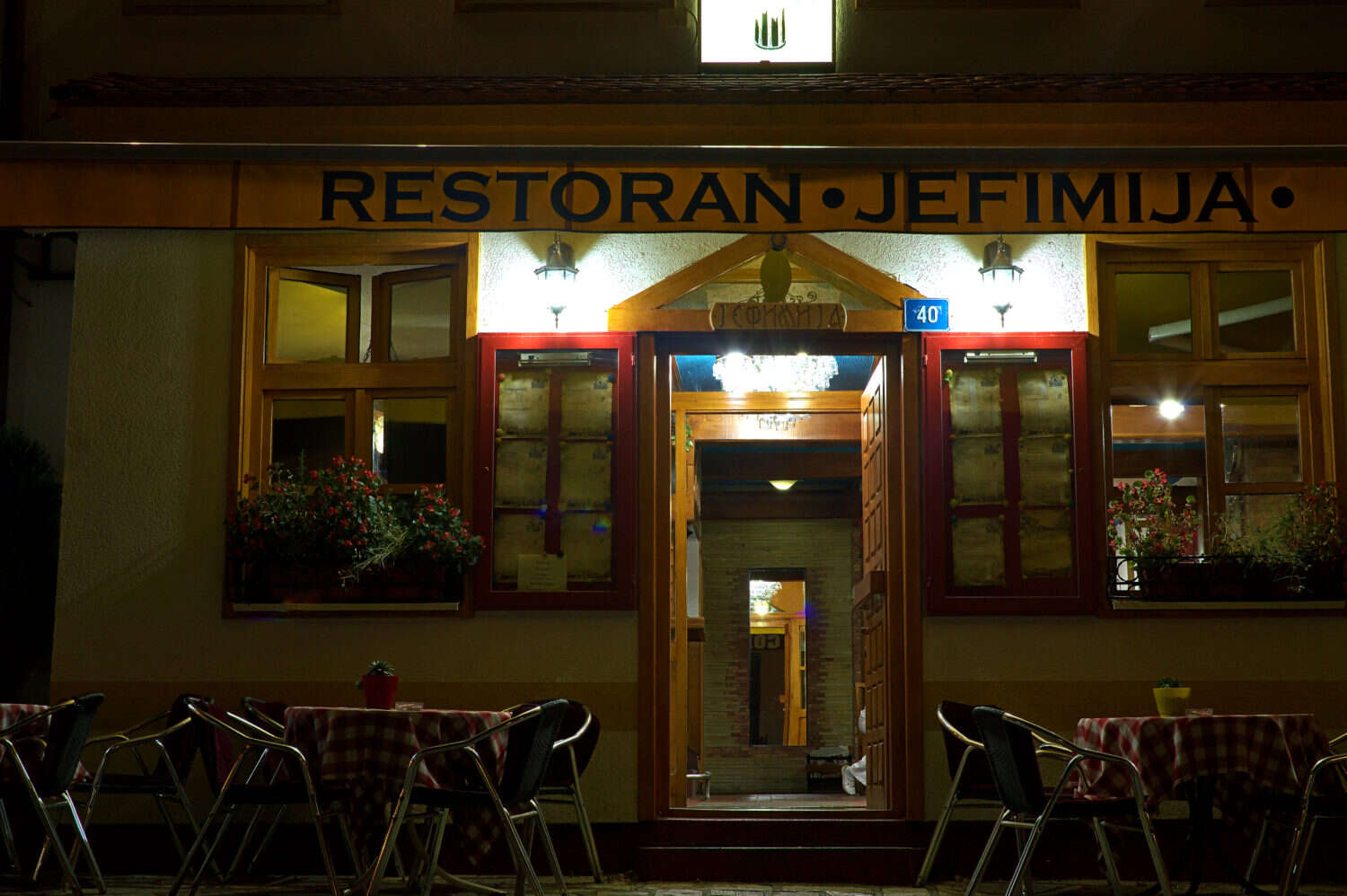 And in Tesnjar itself, somewhere in the middle, is a restaurant pearl of Valjevo, the restaurant “Jefimija”.

Manager of the this restaurant, Vladimir Djurdjevic, says that this is not a place that you can find everywhere.

– When you are tired of seeing the city, if you are passing through Valjevo, you may be able to rest and eat here. Many of those who came to Valjevo, select this place as their starting point. The restaurant is owned by the Petrovic family, who transferred all their knowledge and experience of working abroad to this restaurant. The restaurant is named after the first Serbian poet, nun Jefimija. The restaurant has been open every day of the week, for almost two decades, and the building in which it is located was built quite a bit earlier – says Djurđevic.

The restaurant is located in the most beautiful place in the city, and the large garden offers a view of the white marble bridge (the exact place where the 72 of the Serbian leaders were killed by Turks in 1804), and on Kolubara itself, across the road that has a large summer stage, and above it the view is directed to the Živojin Mišić square, the Desanka Maksimović square, and the main walking zone – “Knez Mihailova” street.

The main entrance to the restaurant is from the main street of Tesnjar. 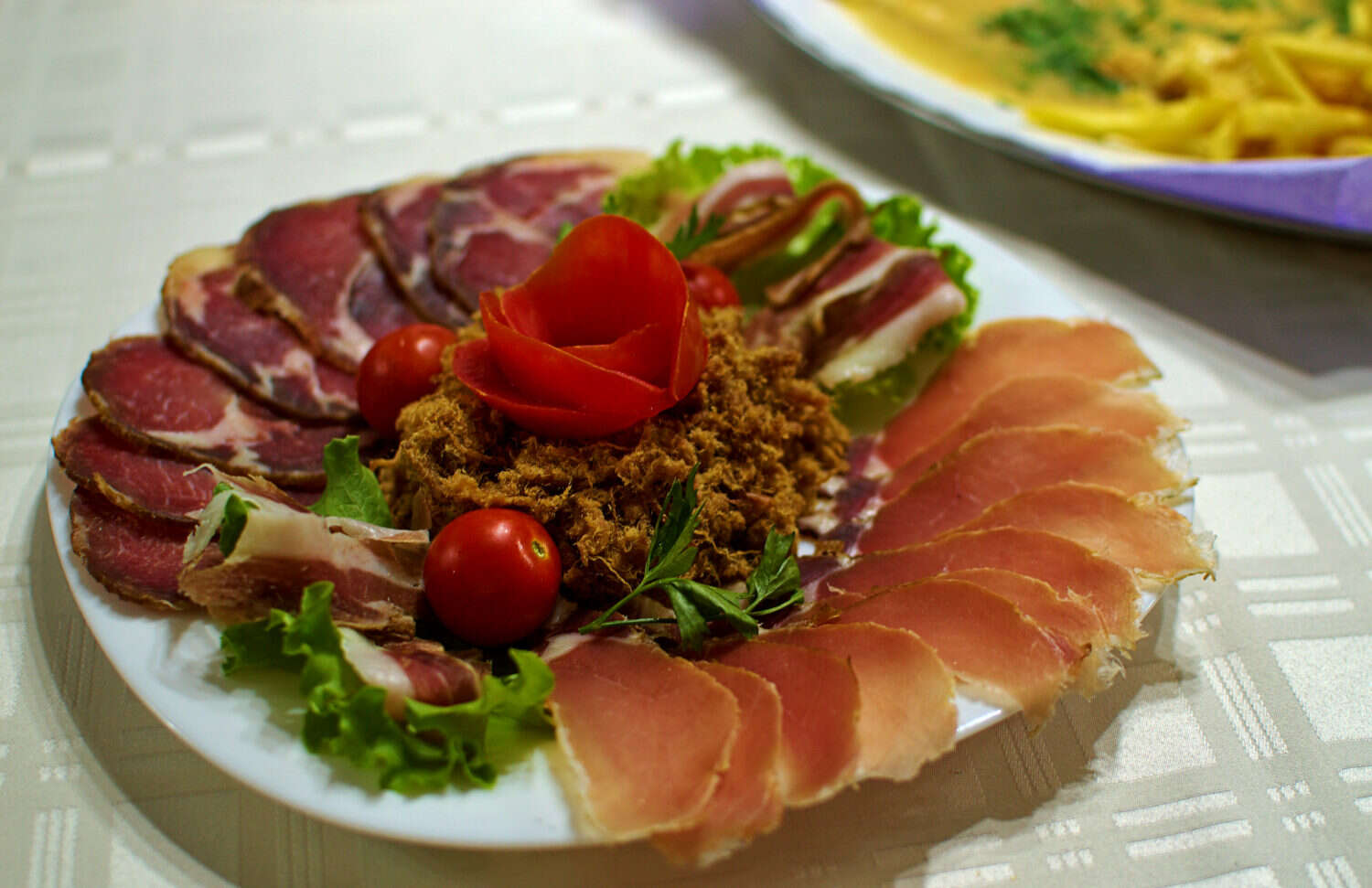 Our host Vladimir says that a large book of impressions testifies that many heartwarming messages have been left in various languages ​​of the world.

– It is a confirmation of the large number of satisfied visitors and gourmets. This restaurant was visited by a large number of Serbian celebrities. The staff is very kind, hospitable and ready to meet all gourmet wishes. The restaurant bar has a large number of various domestic and foreign types of drinks, wines, beers and homemade brandy, which you must try! The menu itself is a serious menu because it contains hundreds of different dishes, which are freshly served every day. You can eat specialities of other nations and cultures, but also local specialities from the grill and from the pot – says Vladimir. 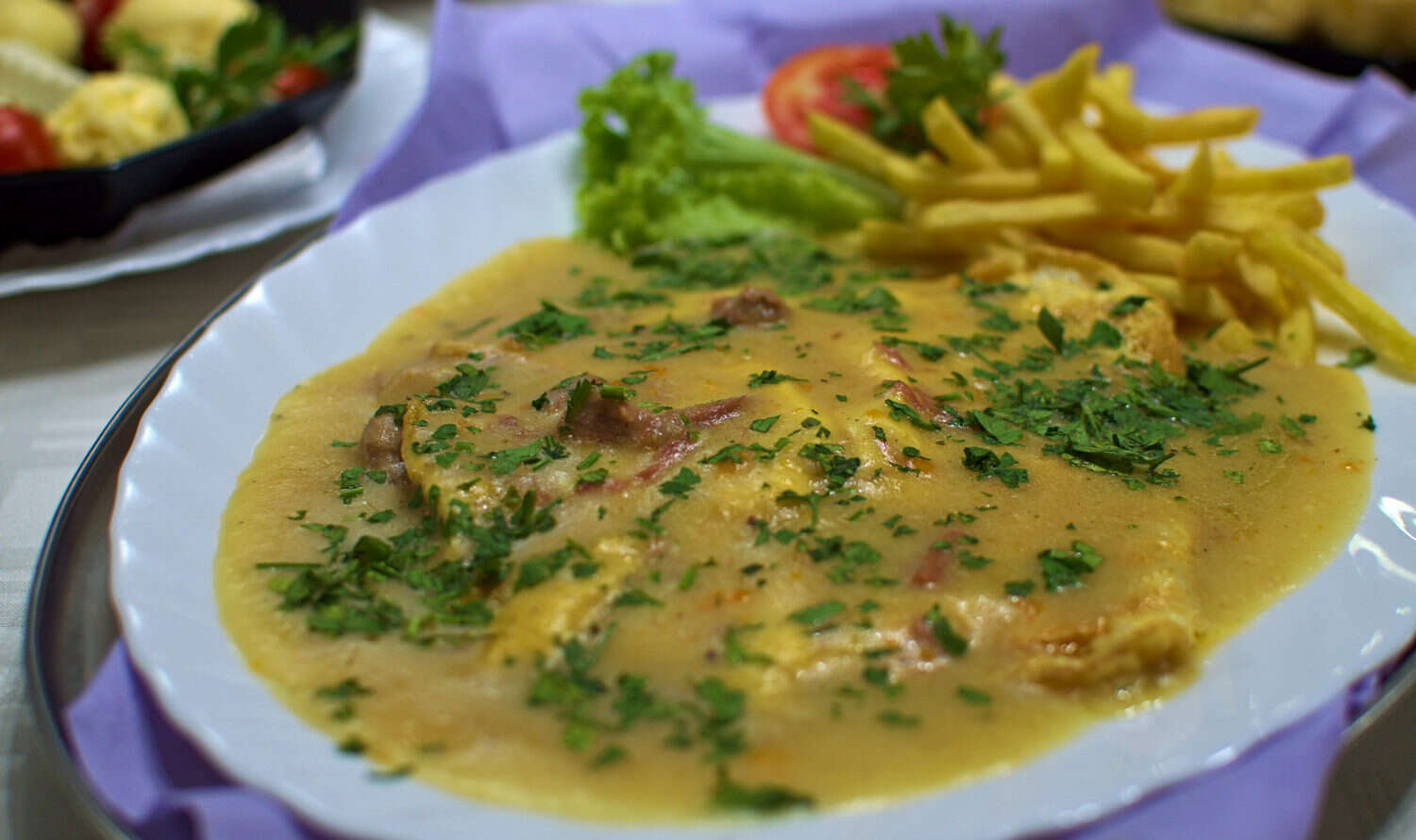 In particular, “Valjevo steak” is distinguished as the main speciality of the house.

– It is a pork steak roasted on a grill over which you grind cheese and ham, and everything is poured with egg omelette and special “Jefimija” dressing – which, as the main ingredient, contains cow soup. In addition to this local speciality, you can try a wide range of other gourmet flavors from this region, such as tobacco cracklings, homemade cheese and kajmak from the slopes of the Divcibare Mountain, warm gibanica and projare made from old recipes, various beef and pork hams – says out host. 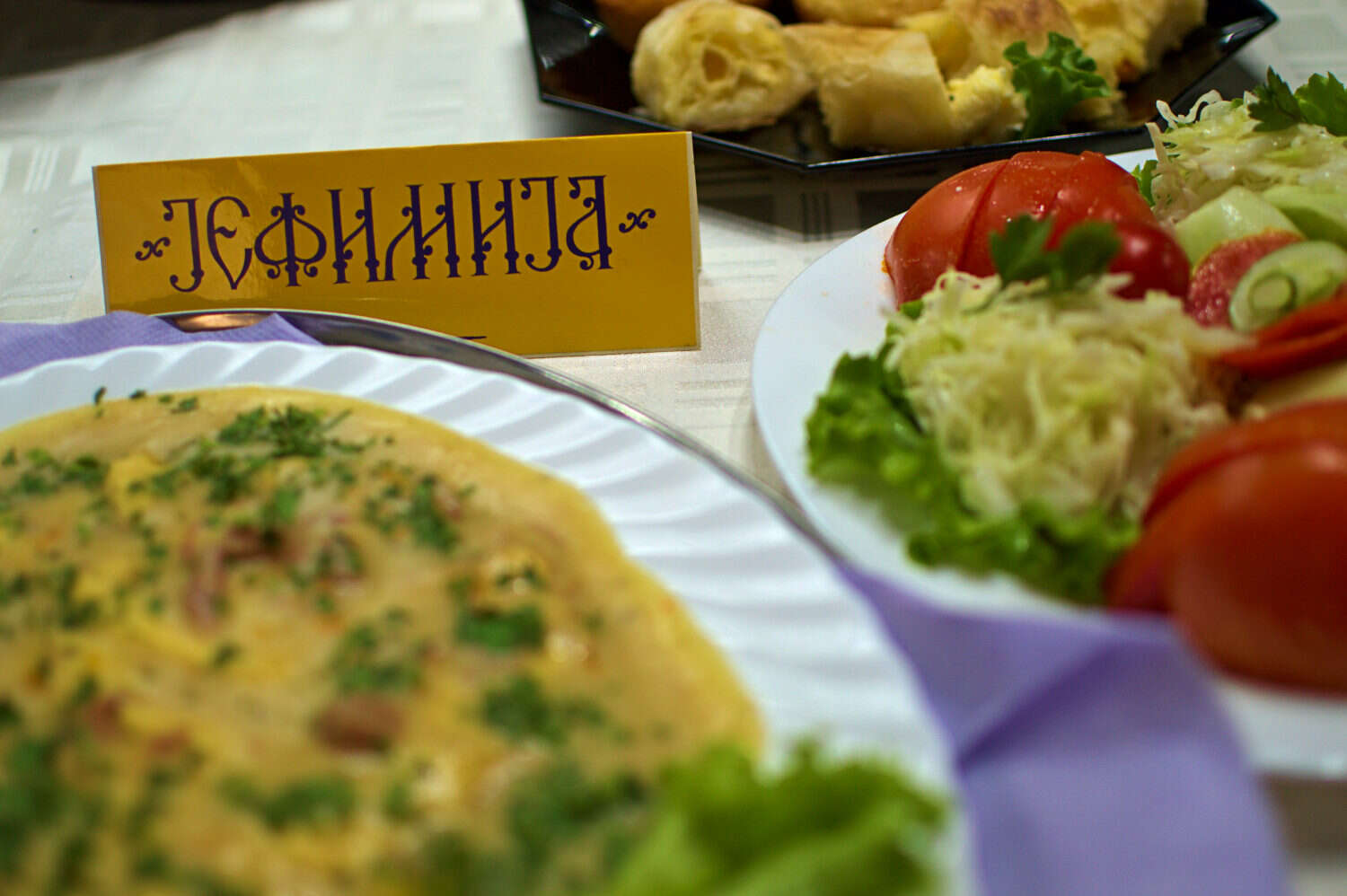 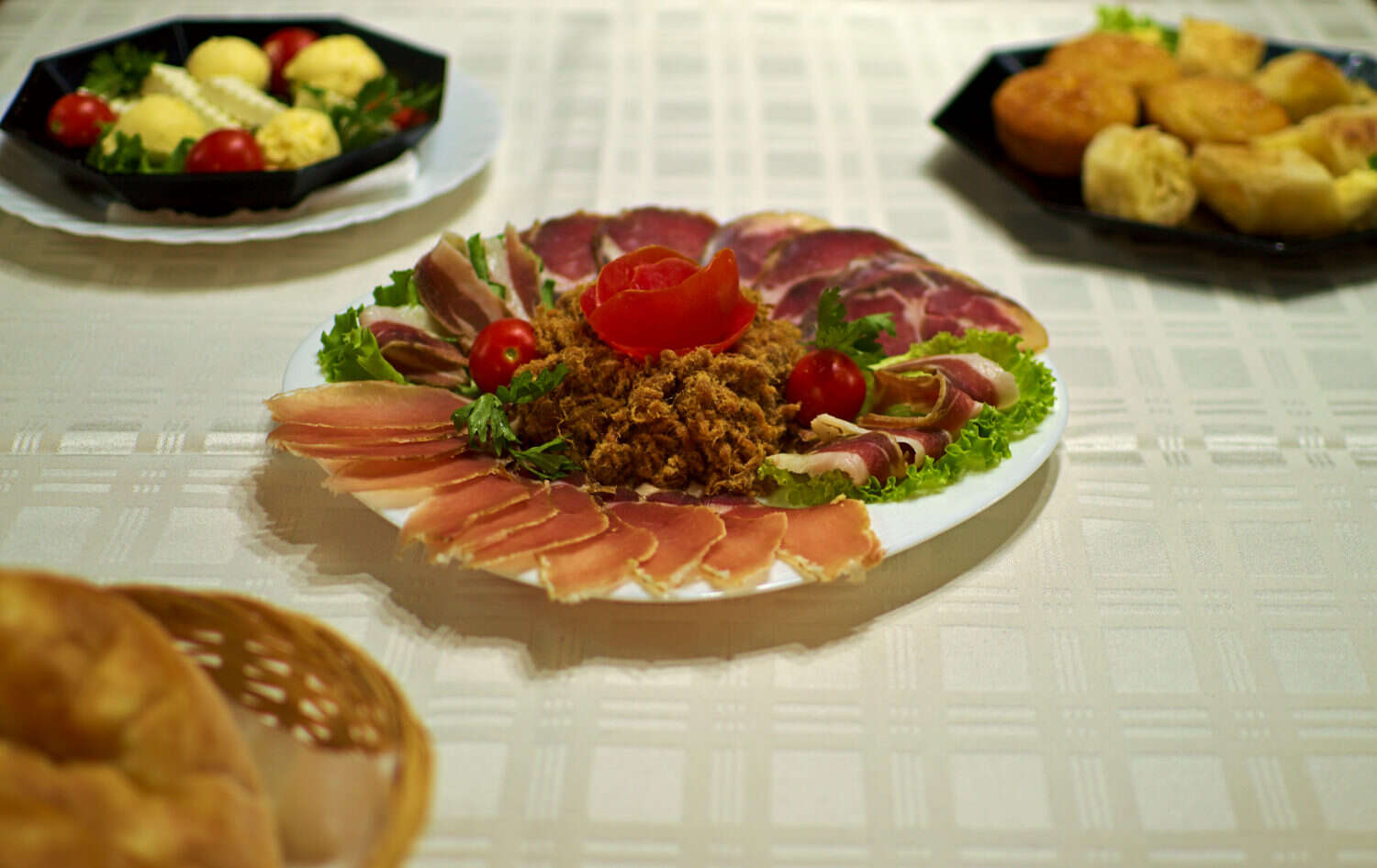 – The atmosphere is really special, and prices are realy fair! Let me point out that here we can organize small celebrations, lunches, literary evenings, promotions… Therefore, on behalf of the restaurant staff, I invite you to visit us and see for yourself the hospitality of this place, to fill the heart, but also the stomach, and to return each time to this restaurant, a real pearl of Valjevo – say inspired Djurdjevic and our Petrovic hosts, after we enjoyed a lunch and a great deal of hospitality.

This article is a part of the project “Seven miracles of Valjevo”, supported by the City of Valjevo. Positions of the supported media project do not necessarily reflect statements of the organ supporting the project.